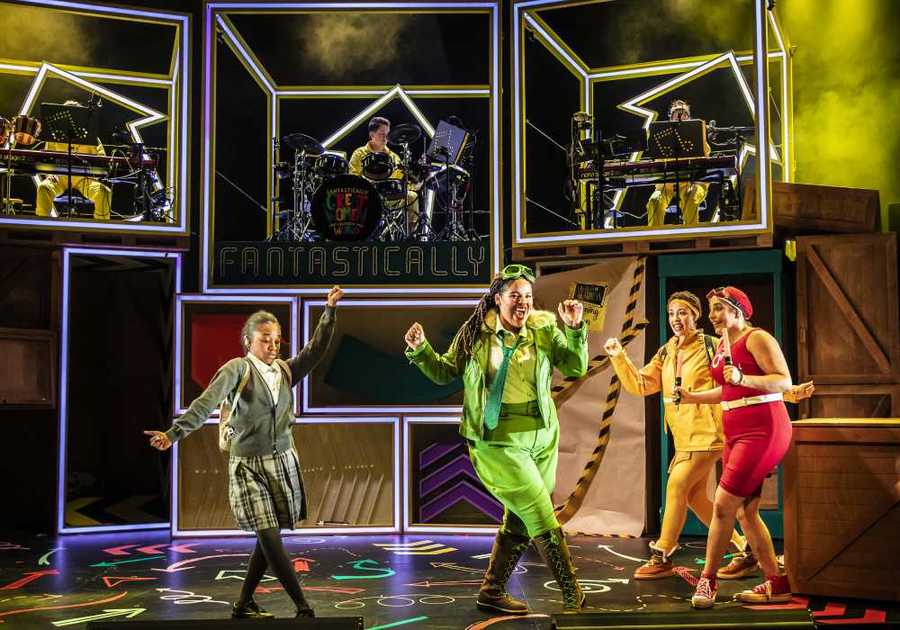 History isn’t always kind to women, a fact reiterated by the steady erasure of prominent names over time. In all facets of life, women are systematically denied credit for their innovations, discoveries and social triumphs, resulting in a history that is often incomplete and one-sided. Fantastically Great Women Who Changed The World, the musical adaptation of Kate Pankhurst’s picture book, attempts to remedy this by giving voice to some of history’s most remarkable heroines.

Schoolgirl Jade (played charmingly by Kudzai Mangombe) loses her group during a visit to a museum, eventually stumbling upon the closed Gallery of Greatness exhibit. As she laments teen life, difficulties at home and the notion of feeling invisible, various historical figures breeze through offering sage advice on how to be heard and make your mark as a bold and fearless woman. Amelia Earhat, Gertrude Ederle and Sacagawea step up first to tell their stories, followed by the likes of Mary Secole, Marie Curie, Rosa Parks and Anne Frank.

The cast of five, including Mangombe, are commanding and versatile in their stage presence, ensuring that the feel-good factor never fully diminishes. One section of note, featuring Emmeline Pankhurst in purple camouflage, is particularly powerful in its Formation-era Beyonce step dancing and mash-up of militaristic beats with pop and rap.

Chris Bush’s adaptation fuses up-tempo pop wizardry with the type of musical energy that is akin to previous Fringe hit Six the Musical. There are moments that threaten to veer off into the naff but then you remember the target audience for this show – and as young, inquisitive faces stare at the bright, neon coloured set wide-eyed and in awe, it’s clear there has been some level of success here.