A sincere and energetic set from the Harlem rapper and songwriter 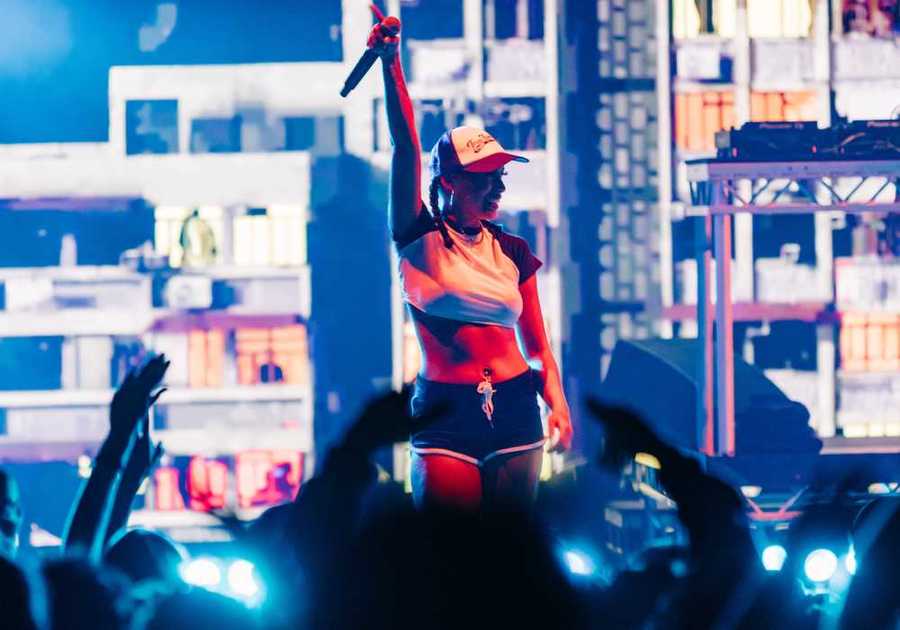 Princess Nokia marks her arrival to the Leith Theatre stage with the familiar rumble of The Prodigy’s Firestarter. It’s a fitting match to her all-out vivacity and rapid-fire lyricism which, since the release of her debut album Metallic Butterfly back in 2014, has allowed her to be recognised as one of the most versatile and experimental rappers in the scene today.

She kicks off with the familiar opening of Sugar Honey Iced Tea (S.H.I.T.) (“Sugar honey iced tea, these bitches don't like me”), zipping across the stage and busting out slick choreographed moves that entrance and delight in equal measure. She wants tonight to be “an acid trip with no drugs,” she says, and with a setlist that includes bangers like Gemini, Green Eggs & Ham, Tomboy and No Effort, she’s in a pretty good spot to deliver.

Earlier, she notes how she intends to embody Keith Flint tonight and embrace her masculine side, though adding firmly that “gender is a spectrum”. Her banter and sincerity on stage as she regales the audience with discussions on identity, sexuality and feminism are a joy to bear witness to, but even more so tonight due to the young teenage fans up front hanging on her every word. She speaks to them genuinely and directly, even jumping down into the crowd to interact with them, mic in hand, for an extended period.

Elsewhere, she sings and performs spoken word-style raps a capella, with no backing track to hide any flaws. Occasionally she stumbles, but the contrast between anthemic and soothing here is welcomed, adding an unfamiliar ebb and flow not normally felt at a traditionally structured hip hop gig.

In her work as Princess Nokia, Harlem rapper and songwriter Destiny Nicole Frasqueri is a wholly dynamic and engaging presence, thanks in part to her open discussions around her queer identity and her insistence on representing for her community. As she raps emphatically on closing track Diva: “All the women here before me making excellent taste, I just learn from these women, do whatever it takes. I'm the daughter of the witches that they burned at the stake.”