A joyful way to spend an afternoon 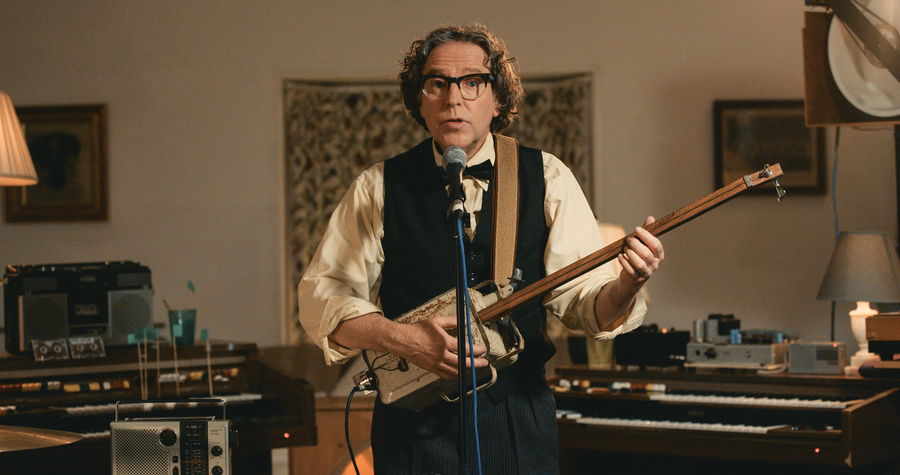 Walking into Saved feels less like entering a Fringe show and more like intruding into someone’s personal music lab. Two old home organs, a drum kit and myriad radios, cassettes and other devices populate the centre of the room, while Graeme Leak – Aussie by birth, now Scotland-based – waits proudly by his toys.

We’re not intruding, of course – this storied maestro clearly revels in entertaining, navigating his miscellany with a blend of childish glee and stone-faced professionalism (something delightfully at odds with his unusual set-up). Saved is so named for the salvaged equipment that powers the show – particularly the two 1970s-era Yamaha Electone organs which he sometimes plays simultaneously, tickling out melodies over gorgeously retro arpeggios and drum loops. And it’s this affectionate preservation – and occasional modification – of these instruments that shines through the hour, to say nothing of the rebellious way he plays some of them with very non-standard techniques.

Leak warns us at the start there is “some text, but it doesn’t mean anything” – referring to some of the lyrical content that intermittently accompanies his looping, polyrhythmic compositions. As silly as these words are, there’s a comforting ordinariness to them that tallies perfectly with his inviting, homebrew spirit.

He walks the tightrope between earnest and flippant with disarming ease, neither over-egging nor under-playing his abundant creativity. Inventive and charming, Saved is a joyful way to spend the afternoon.