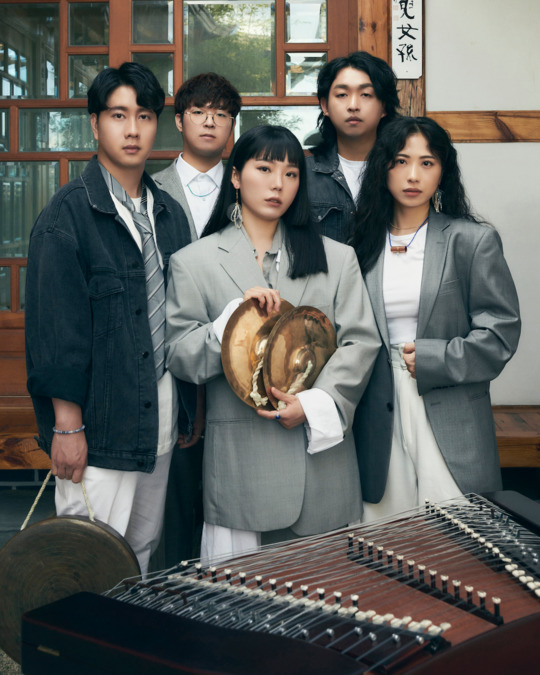 It takes a special talent to make music that verges on discordant yet remains enthralling, and WeMu have got bags of it. In Six Stories, the Korean outfit recontextualise their nation’s shamanic rituals known as Gut, using a combination of traditional and Western instruments to make this ancient custom anew. Ordinarily, Gut is meant as a welcoming gesture made by shamans for deities, a spiritual element now rendered in the ecstatic performance.

There are moments when you could almost call Six Stories a Korean jazz fusion, especially in the penultimate song when the Piri – a flute-like reed instrument – is used to play a skit not unlike a saxophone’s. On the second number, the Janggu – a double-headed drum – produces a steady slap that grows increasingly frenzied and offbeat. It sounds as if it shouldn’t fit with the plaintive violin and piano, yet it does.

One word that comes to mind throughout the performance is “hyperkinetic”. The clamour of instruments constantly swells up and down in waves, giving the impression of a chaos that is tightly controlled – but only just. In the midst of it all the singer’s ululating vocals add to the tension. The concentration it takes to play these compositions is visible in each musician’s bodily relief between songs. “Out of breath,” the singer tells the audience, earning her a chuckle.

The audience has no choice but to be whipped up and carried along by this whirlwind of sound, which it surrenders to gladly, in the end delivering a well-deserved standing ovation.