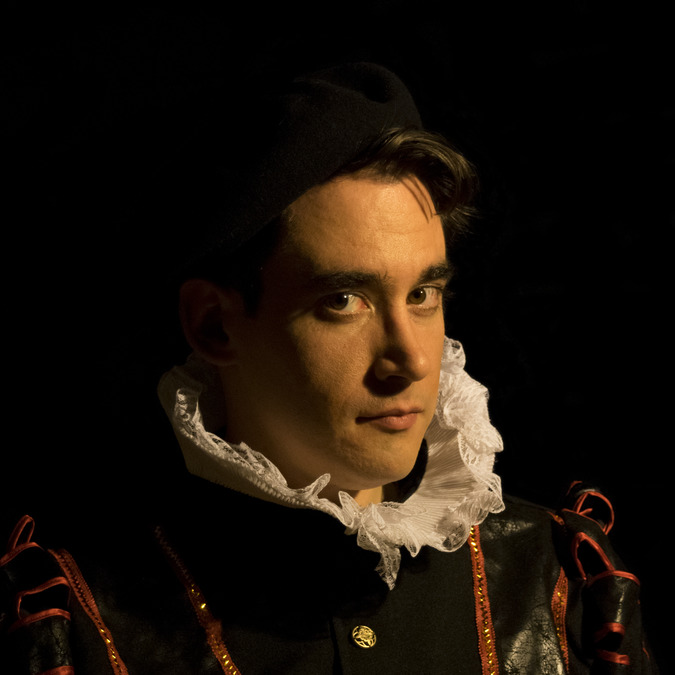 It’s a tragedy that this show doesn’t work. A marriage of comedy, theatre and sixteenth and seventeenth century folk songs played on a lute? That’s practically Shakespeare. But Elizabethan isn’t.

As Tobias Bacon and his various lovers, David William Hughes leads his audience through the life of one slightly pathetic, though learned, Elizabethan gentleman. He pitches his jokes at two levels – oblique references to Shakespeare, and bacon puns. The puns land with groans. The Shakespearian cracks don’t land at all. And therein lies the problem: although Hughes throws himself into performing his songs, both in his natural voice and a convincing falsetto, his audience aren’t well-prepared for listening to, or understanding, ballads that fell out of public consciousness 400 years ago.

Most of the humour relies on audience interaction, meaning Hughes is often walking a tightrope between unbearable awkwardness and being upstaged by his volunteers. His willing victims are game for a laugh, but the fact that he can swap roles with them as easily as changing wigs exposes the lack of character work. Each is no more than a regional accent. Sure, they’re not supposed to be much more than a vehicle for the songs, but at times they are completely, distractingly extraneous.

There are a few good gags, but for the most part the show’s comedy hovers uncomfortably between panto and wit, mastering neither. There’s fun to be had here, but not enough of it to sustain an hour. It seems early modern musical theatre went out of style for a reason.