This salty parody of The Little Mermaid occasionally flounders 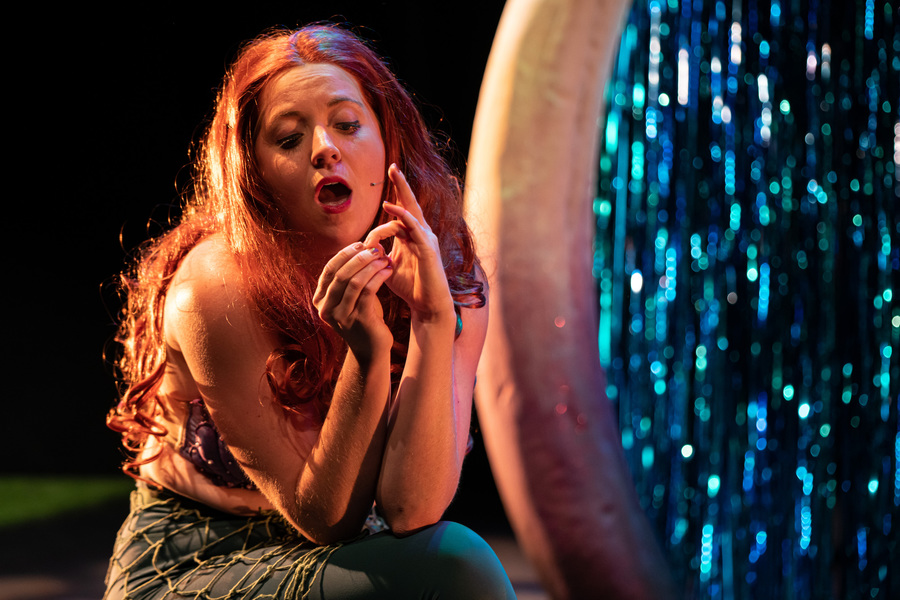 Ursula gets the Maleficent treatment in this R-rated parody of The Little Mermaid. A flashback to before Ariel’s birth sets up a remarkably convincing love story that, were it not drenched in innuendo, would be perfect for Disney. Fairytale tropes abound. It’s only when the show starts retelling Ariel’s plot that things get raunchy.

The concept just about works: that Ursula’s deal with Ariel—thick as two short planks in this version—is for her own good, to teach her a lesson about valuing her own voice. There’s still plenty of bitter malevolence to Ursula though, directed at slightly more acceptable targets.

Most of the songs directly parody the original soundtrack. Some are brilliant; a version of Kiss The Girl that emphasises consent might play on an old joke about the movie, but it gets a good laugh. Ariel’s ‘I want’ song is incomparable. But others fall short, riding a single joke for too long. The patchy sound balance also means a few of the lyrics end up mangled and incomprehensible.

Still, there’s a lot to like outside the songs as well, from the transformation of Prince Eric into a drip ruled by the contents of his trousers to the subtler thread poking fun at Disney’s politics. Ursula’s drag-superstar wit, harking back to Divine, feels like an extension of the original character rather than a parody of it. And the sea creature puppets are worth it alone, bringing the pure inventiveness of the company to the fore.