A visceral, disturbing story of a comedian's stalker 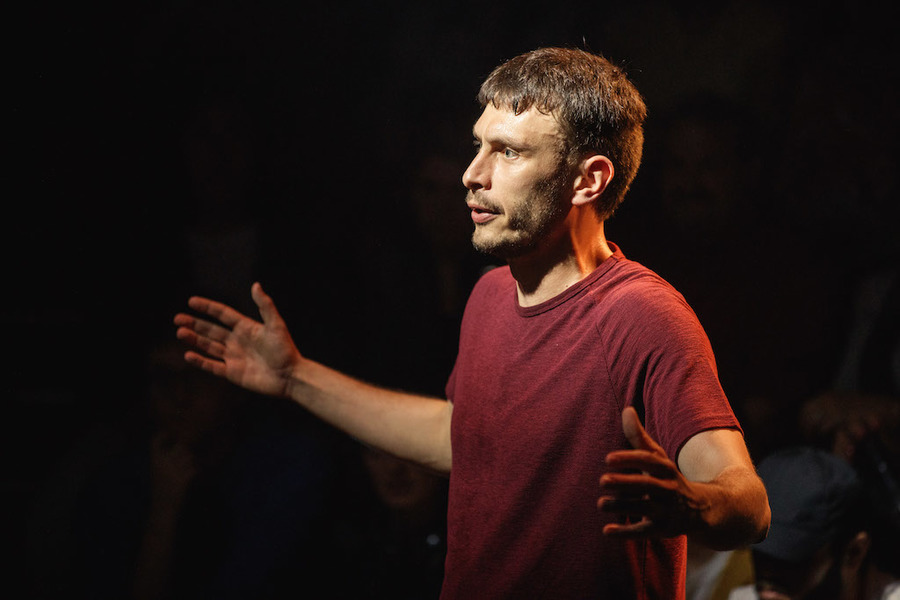 Just as Richard Gadd's award-winning 2016 standup laid bare the sexual confusion and abuse that once lurked in his comedy's subtext, Baby Reindeer directly reveals the stalker that has devastated his life and swept away the boundaries between performer and fan, private life and professional. Unfolding at the same time as his greatest artistic triumphs, this is more than just a retelling, it's a weighty dossier of evidence brought vividly to the stage, a defensive measure against a frighteningly credible, ongoing threat.

It started with a simple gesture of kindness in his bar job, a seemingly innocent flirtation from a naïve young man grappling with issues of self-acceptance, his past and the oppressive demands of masculine culture. Intermittently spinning in the round of his intimate stage, agitatedly pacing and hunkering down amongst the audience, Gadd relates his tale with visceral immediacy. Supporting and sometimes undermining his testimony are snatches of interviews with his former partner, parents, work colleagues and an uncertain police. Yet the overwhelming majority, ominously projected, indeed flooding the ceiling, are a torrent of deluded, threatening texts, emails and voicemails from his tormentor.

With Gadd and director Jon Brittain drawing you fully into this modern, digitally-enabled nightmare, the comic is brutal and unsparing in his self-recrimination, his shocking, violent reprisals as impotent as his attempts to appease his stalker. The sheer crucible of hate and other raw emotions Baby Reindeer unleashes continue to disturb long after its conclusion.