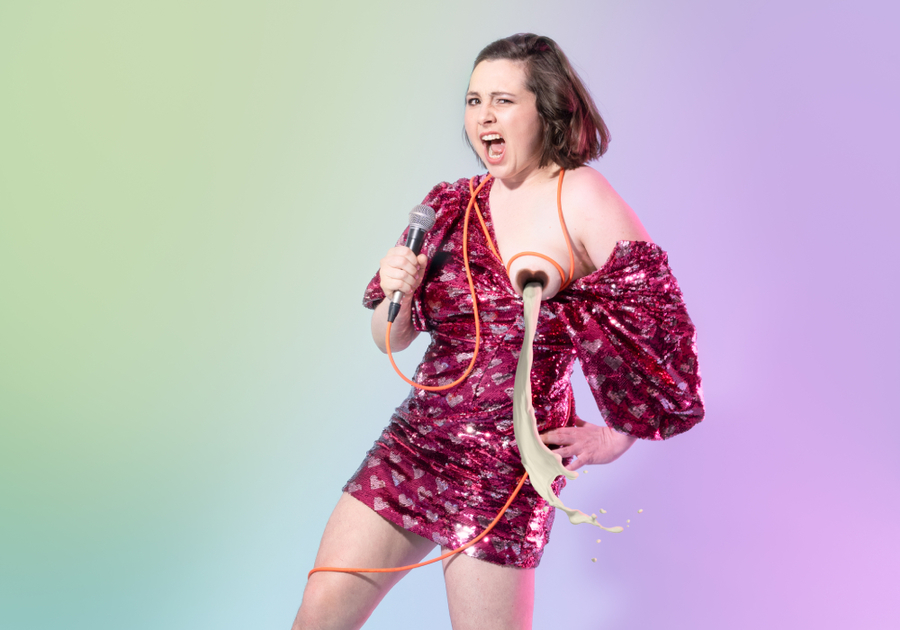 Hanna: Lea, I’m curious. How is it for you to combine the two things, being a mother and having a career in the performing arts? No one asks men that, I guess. But I still would like to know.

Lea: It’s very challenging – I always want to cut back on work but somehow I never do. I think subconsciously I really want to prove to everyone that having a kid has no impact on my career, even though I think that’s a really toxic narrative that we are supposed to “do it all”. So I’m always a bit on the edge in terms of work load. But having the career that I have is only possible because my partner truly does half of the childcare and housework, and not just this “pretend”-half that happens so often in heterosexual relationships. What about you?

Hanna: I’m also fortunate enough to have a husband who has the same values in parenting and really wants to be a big part of the kids life. We are both freelancers, and my husband has more work than I do so it’s not half and half. But in a perfect world where we both had the same amount of work, we would do half and half.

When my children where smaller I was really confused; motherhood took so much energy that I didn’t know who I was anymore. But my show Raging Mother really was the turning point. Through this play I found my voice as an artist. So now I don’t really find it hard anymore to combine the two.

Lea: Is this your first work of your own?

Hanna: Yes it’s my first solo work and my first work as a director. But I don’t know if I would call it “directing” as I directed myself. I discovered writing as a new way to express myself and tell stories that I really really love. What about you?

Lea: It’s the same, Mama Love is also my first solo show, and also the first show I’ve directed. I already thought about this play when I was pregnant. I started writing this when my son was half a year old, in the middle of COVID. I did it to stay sane. I clung to this play to have an identity; it helped me survive. Having a baby felt like working with a very self-involved director who wants to rehearse 24 hours a day. I am the actress as well as the producer, and he yells a lot and gives me stage directions that I don’t really understand. And I really wanted this job! So making my own play felt like this a place where I can be the boss, and I really needed that.

Hanna: It’s the same for me. I really feel what your saying. I wanted to decide everything myself. I think being a mother really helped me as an artist. It was a struggle at first, but now I feel much more myself than I ever was before, and that is thanks to my children. If that means that I’m being selfish than I can live with that. Motherhood is not about sacrifice. I don’t know if anyone really thinks that anymore.

Lea: I think it’s still a really a strong narrative

Hanna: We should all give it up! But I guess you’re right, I still hear these kind of stories – women feeling guilty when their husbands have to step in.

Hanna: OK, I admit it, me too. I think feeling guilty is one of the main things in motherhood. Where does the guilt come from?

Lea: My favorite enemy! The patriarchy! It’s always trying to make us feel guilty so that we don’t have any energy left to rise up and demand our rights for equal division of labour! 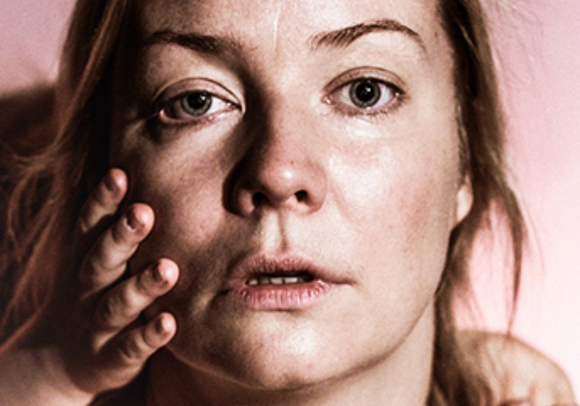 Lea: So your kids left yesterday, they where here for a week, and you and your husband have been performing every day together! How do you feel now that they've left?

Hannah: Relieved. Joyful. No don’t write that. It’s nice to concentrate now on pure Fringe. Really hop on the Fringe bus and ride it. With the children, although everything went well, it’s very stressful because I am always torn focus-wise... So yeah, its actually still very hard to combine the mother and the artist. I was lying before. I really need my space and quiet to concentrate on the show. So I wasn’t there for my children very much. So I’m relieved.

Lea: My kid is still here with my partner. The other day he didn’t want to sit on my lap, only on Papa's lap. Everyone told me that’s good! I felt so jealous.

Hanna: I know the feeling. I remember when my daughter was two years old, and we were having a really nice moment in bed before she went to sleep. And she said: "Mama, I have to tell you something. I like Papa so much better than you".

Lea: There is so much comedy in parenting... I also struggled with finding a place to focus before the shows. At home I’m always in demand, and I started doing my lines on the street talking to myself. I actually do that at home too though.

Hanna: Me too. It was nice with the face mask, nobody saw the crazy mumbling.

So you’re doing a full run, what’s been the best part of the Fringe so far?

Lea: I actually had a mother of a famous actor in one of my shows. She was a midwife and really liked my show! I went through a rough patch a couple of days ago because I’m not used to doing this many shows without a break. Because I’m telling my own story and it’s very personal, I felt very fragile and overwhelmed. But I got my strength back and now I’m really looking forward to all the different kinds of audience that comes in. You never know what you get, and people react to such different parts of the play. I talk a lot about the toxic patriarchal narratives that are still alive inside me even though we have equal rights nowadays, and the other day someone from an ex-Soviet country told me how they can relate to that feeling of having a narrative inside that comes from the past somehow, and still influences the way they think and feel. I love stuff like that. What was your favorite Fringe moment so far?

Hanna: Sometimes it hits me: I am here with my own show! I am part of this huge festival, and I am invited there to tell my story and my perspective on the world. It’s so nice to be part of such an important thing.

Lea: And what are you most looking forward too?

Hannah: Seeing as many shows as possible and meeting new and interesting people. How about you?

Lea: Finding inspiration and new forms that I haven’t seen at home.