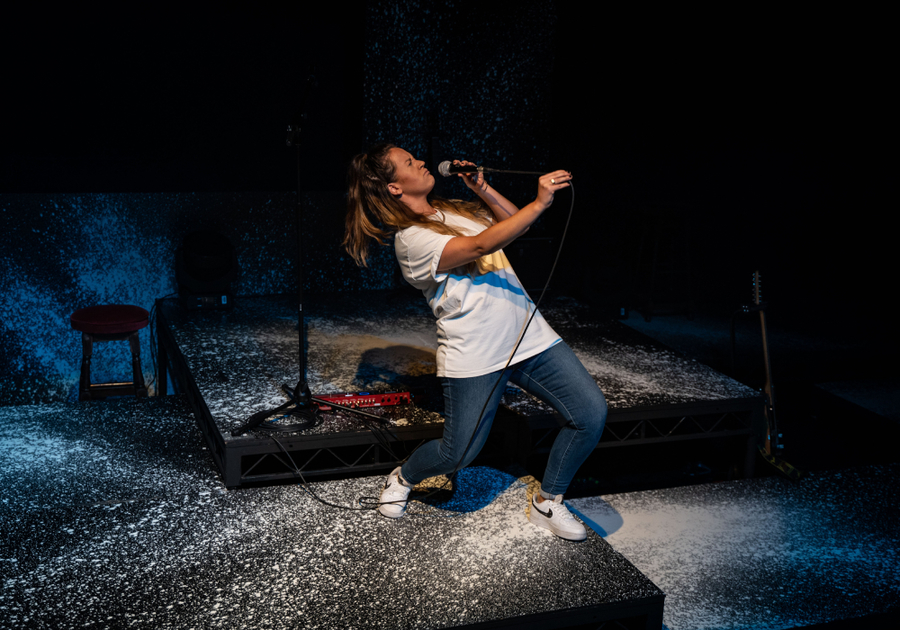 There are three guitars and three microphone stands sitting innocuously on stage before Lauryn Redding saunters on, beer firmly in hand. She addresses the audience casually and amicably, before introducing her semi-autobiographical tale of first love and heartbreak, as if we were all sitting together in a pub, whiling the hours away. But the storytelling that follows is masterful and thrilling, capturing the intricacies and intensity of such infatuation and lust with tenderness.

Bloody Elle is centred on the tragic trope of the star-crossed lovers but set within an LGBTQ+ framework, with working-class, aspiring musician Elle falling for the posh, polite and soon-to-be doctor Eve. Redding’s original score is built around folk-pop and soft-rock songs that are chopped up and looped with skill, her blistering vocals soaring above the guitar lines of each track as she moves from microphone to microphone, and acoustic to electric guitar.

Though the music and spoken word is stirring throughout, the real strength of Bloody Elle lies in the effortlessness with which Redding assumes the role of every character, switching register, accent and even physicality with such ease and precision that you quickly forget you’re watching a one-woman solo show.

As a piece of gig theatre, Bloody Elle is electrifying, joyous and cathartic in equal measure, celebrating difference and complexity, while also underlining the urgency of acceptance.