A tender, coming-of-age story about fitting in when you feel like an outsider 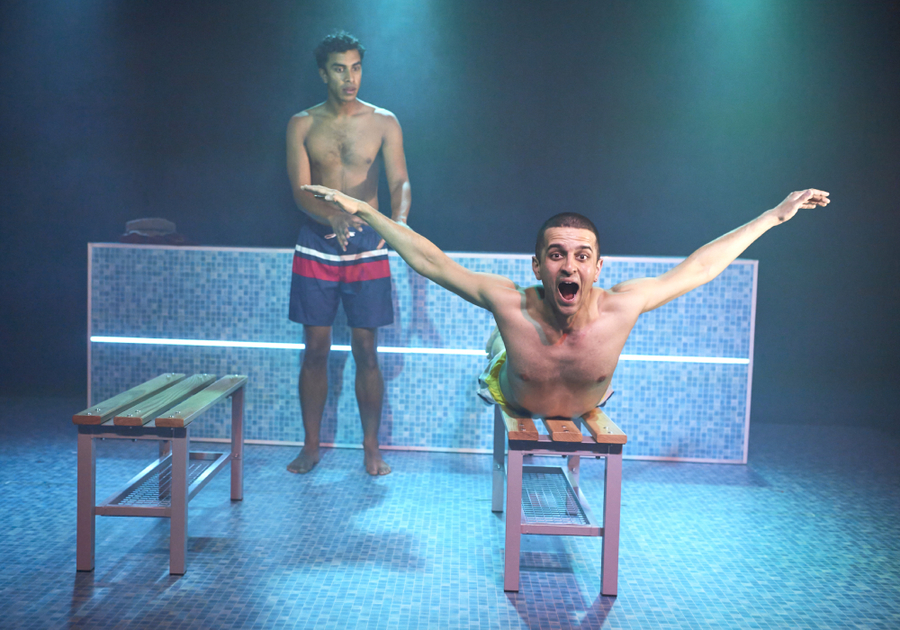 The boisterous sounds of Desi bangers, including Panjabi MC’s Mundian to Bach Ke, fill the room as Kash playfully teases the audience with his slick bhangra moves. He’s wearing a kurta, dancing with determination and a cheeky grin until he’s joined by his quieter, calmer counterpart Mohsen.

Brown Boys Swim is a tender coming-of-age story with a seemingly innocent premise: two Asian friends are desperate to learn how to swim in order to make a mark at an upcoming pool party thrown by the cool crowd. But while the story appears light-hearted and even comical in its set-up, there is an underlying darkness in the narrative, largely arising from the othering of Kash and Mohsen by their classmates and wider society.

Actors Varun Raj and Anish Roy are magnetic in their portrayal of two contrasting best friends whose union is more akin to that of brothers. They argue and throw insults at each other but also take on the world and its many micro-aggressions: from the prying eyes at the swimming pool to the suspicious looks of shop security who watch as they buy their first swimming trunks.

The staging and minimal set design, with glowing blue lighting, places you at the edge of a swimming pool and in a stuffy locker room. The choreography of the boys learning to swim is thought-out with precision – there’s no water but Kash and Mohsen really appear submerged and flailing as they attempt to float.

In the script’s mash-up of English with small phrases of Urdu, including swear words commonly articulated by Asian elders, and hilarious in-jokes about incidents like having your flip-flops stolen at Friday prayers, Karim Khan’s play feels both personal to those in the community and universal in its messaging. Brown Boys Swim unpacks that feeling of being an outsider while doing everything in your power, and sometimes to your detriment, to assimilate.