Interwoven monologues about the panics that arise from contemporary dating 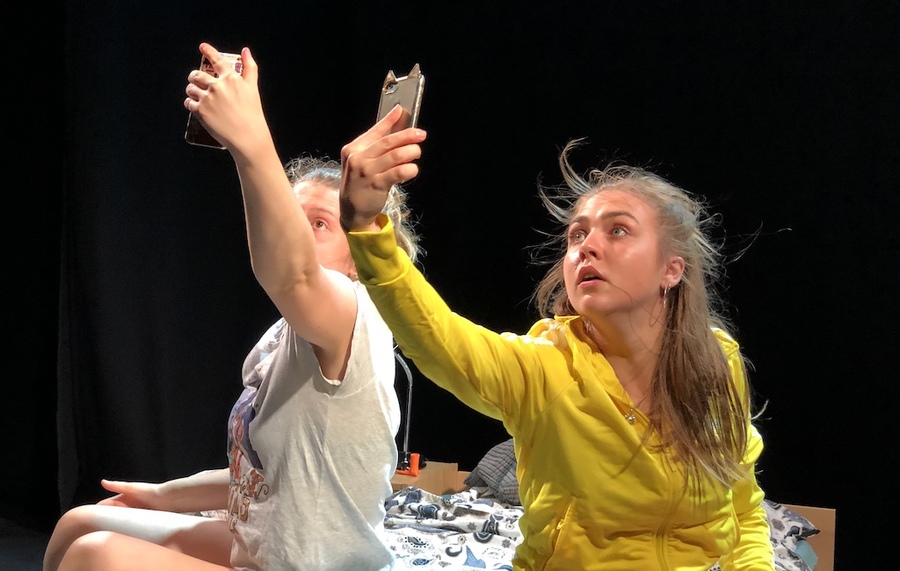 They say that the feeling of butterflies in your stomach means you love someone, but the way young people fall in love has changed drastically over the last decade. People meet on dating apps. Romance develops via Snapchat. Butterflies intertwines three stories about dating in the digital age. Shannon (Milly Roberts) is applying for university and is infatuated with Lee who’d rather play video games. Frankie (Georgia Bishop) isn’t feeling that magic tummy tingle for the guy she’s seeing and thinks her date with a woman might be different. Then there’s Floss (Holly Hudson), a YouTube vlogger whose ex leaks a private photo of her online.

The three women move about a single bedroom, very neatly designed. The staging is consistently dynamic. While one tells the next bit of their story, the others move around each other, tapping on phones or changing clothes in the background. Like the constant twitter notifications and phonecalls, the characters in this world are constantly on the move. While each of the stories has its merit, it is the panic of a revenge porn threat that really gives the play its central tension. It feels like a story that we’re used to by now. It only takes a Google from Floss to realise that hundreds of people have experienced the same thing. And it’s been done with higher stakes elsewhere.

After a bit of a slow start with stories that don't quite fit together, things really start to kick off when Floss begins to panic, and Hudson offers a wonderful performance, her jaw struggling to move from not knowing what to do. The final image, of support being given and phones being tossed, brings some much-needed positivity to the cruel and toxic world of digital dating.