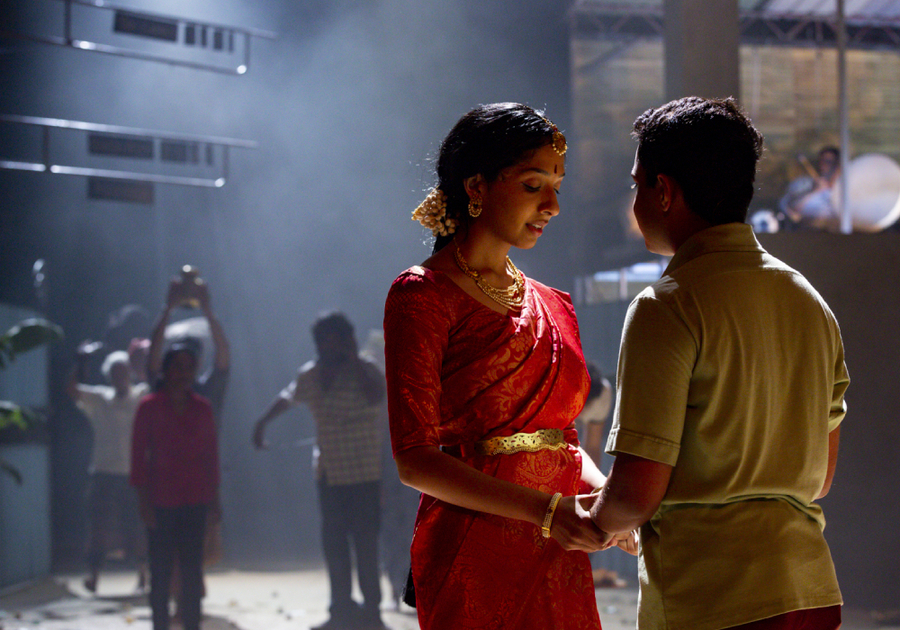 A piece of work that was researched and developed over ten years, Counting and Cracking is a production of epic proportions in both staging and thematic significance. S. Shakthidharan’s play follows the journey of one Sri Lankan-Australian family from 1956 to 2004, referencing civil war, familial heartbreak and migration across generations. The strong-willed Radha sits at the centre of the story, having left Sri Lanka behind 21 years ago for a new life in Australia with her unborn son, Siddharatha. But in the present, a phone call from Colombo reunites Radha with unwanted memories, as well as a past she thought no longer existed.

“Two languages, one country,” says her Tamil politician grandfather Apah during the play’s jump back to Radha’s early life in Sri Lanka. “One language, two countries.” Uttered numerous times, this phrase is a reference to the rising tensions between Tamil and Sinhalese communities in Sri Lanka, which would eventually lead to the events of Black July and the Sri Lankan Civil War. But it’s also a comment on the importance of embracing difference for the purposes of unity, as opposed to forcing the erasure of the elements of one’s identity.

Actors seated at the edge of the stage translate the Tamil and Sinhalese live, placing the audience in the heart of the story. It’s an effective technique which adds vibrancy and authenticity to the script, further amplified by three skilled musicians who score all of the play’s critical moments.

In times of great division, the persecution of minoritised cultures is all too common and Counting and Cracking is a reminder of the barbarity that can be swiftly welcomed when we accept divisive politics. It’s an immensely moving production, tackling a complex and brutal subject matter with a sensitivity that shifts it away from a mere history lesson. As we’re immersed in one family’s story of movement between continents, we’re also given the opportunity to think about the impact of generational trauma and the wider meaning of home.