Ugly Bucket present a profound and important piece of work 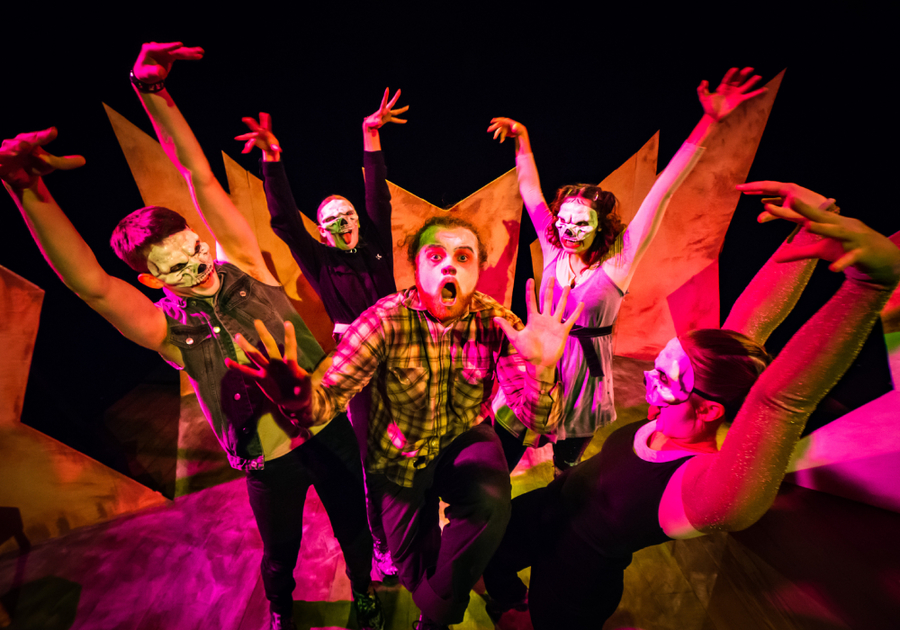 This show sucks you in from the very first minute. Nightclub dance moves and pumping synths, and a man emerging from beyond the grave kicks off an hour, and a bit of exploration of death, and grief that is profound, heartbreaking, and riotously funny.

Ugly Bucket made this for their friend Tim, at his request. A comedy about death; it’s not just about him, though. At times it almost feels like a series of sketches, not too dissimilar to Old Trout Theatre Company’s Famous Puppet Death Scenes. Interviews with grieving sons, daughter, siblings and partners create triggers for different vignettes. That’s how they make you cry at a rendition of All I Want For Christmas. That’s how they make you laugh at a physical theatre interpretation of a tumour attacking the lower intestine. A moment where a chorus of aliens serenade a grieving woman who describes feeling as if she’s been isolated on another planet is particularly affecting.

The set design is incredible at elevating the work of the cast. The words of the grieving, written in invisible ink, are revealed at various turns, before a powerful ending that ties that conceit together in a way that hits like a punch to the gut. Really, this is an exercise in empathy. The empathy the cast afford to the people they interview, the empathy they afford to each other, and the empathy they afford to us – the audience. Because it is a heavy show. They acknowledge as much in the piece, in a moment where the cast mime being crushed by the weight of their grief. But, the space they create is such a brave one, such a strong one, that you never feel as if you can't cope with that heaviness. They pull you in, and the collective strength in the room carries you through. A breathtaking, important piece of work. Go. It’ll make you feel alive.