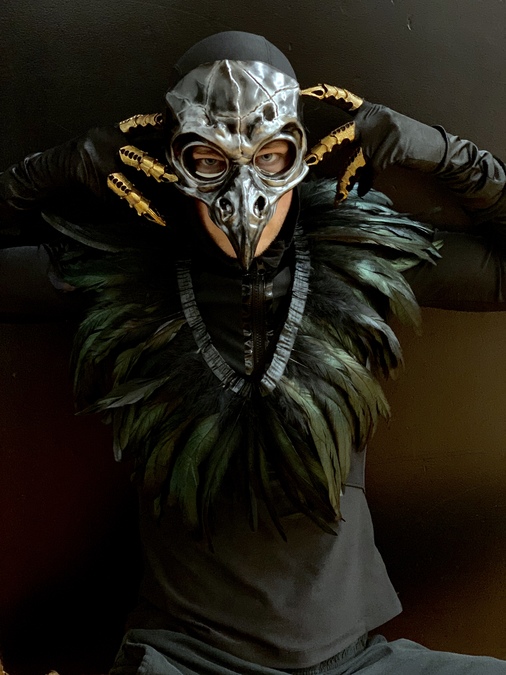 Stacy Lynn Gould’s I Am is a short but sweet slice of imaginative magical realism that sees the inner demons of a young woman manifest as a varied cast of strange creatures. The influence of Lewis Carroll’s Alice in Wonderland is clear as the play’s heroine (played by Amber Lageman) battles with her psyche, all the self-doubting, self-pitying and generally negative thoughts that put us down ("never leap when you can tiptoe", she is told). The voices aren’t all negative, others offer pep talks ("people try to tether you with the weight of their knowledge", one says) and attempt to affirm messages of self love.

I Am also recalls Jim Henson’s Labyrinth, particularly in the expressive performance of Aleksandr Krapivkin and in the costumes that are used throughout. The shows low budget is no obstruction, and there are some seriously creative methods at play here. Another strength of I Am is the musical element, with original material contributed by Lauren Hendon who also performs. Her background is in musical theatre and it shows, she has a glorious voice.

It’s a visually stimulating play with absolute devotion to the absurd. On the flipside it’s tricky to follow I Am which is overwhelmingly metaphorical and takes a while to establish a story you can feel invested in. Once it does, it’s difficult not to admire the world that Gould has created.