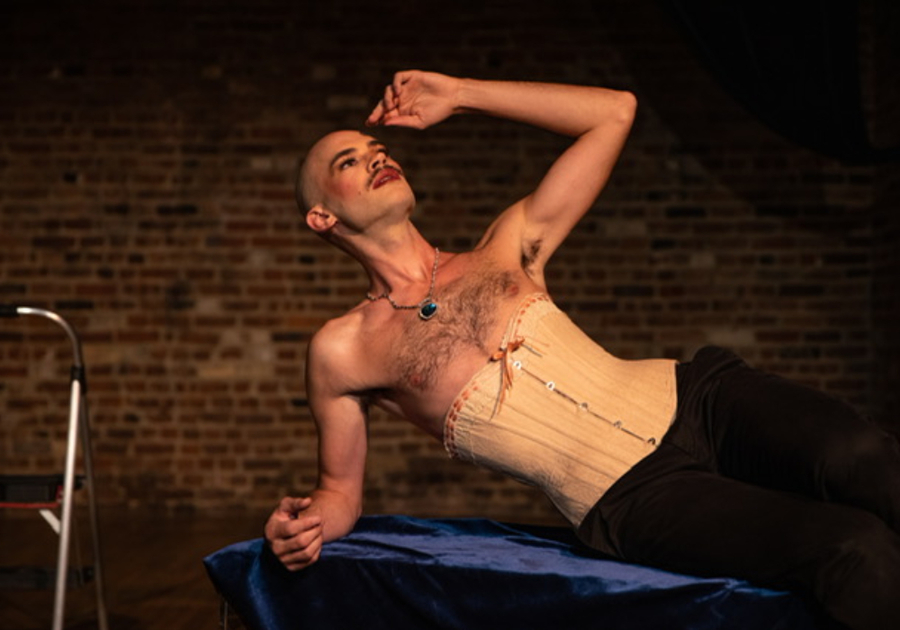 Michael Kinnan is in no danger of breaching the Trade Descriptions Act. His one-man show does exactly what it says on the poster: it reenacts, in loving detail, James Cameron’s Oscar-winner. Aside from some sardonic opening credits projected onto a lopsided sheet that turns the film's beautiful stars into cubist oddballs, Kinnan doesn’t mess with the script, which is abridged but performed verbatim.

The show is faithful in terms of performance too. Thanks to Kinnan’s playfully androgynous get-up – pencil moustache and glittery lipstick; huge eyelashes and shaved head; black trousers and pink corset – and a masterful command of voice and physicality, he flips lucidly between impressive impersonations of the film’s various characters. In one scene he channels the breezy cockiness of Leonardo DiCaprio, the coquettish girliness of Kate Winslet and the dastardly dickishness of Billy Zane, all without missing a beat.

Never Let Go isn’t a tribute act, though. Kinnan doesn’t wink at the audience but there’s a definite twinkle in his eye while retelling this patently hokey romance. His commitment to the bit is what makes Never Let Go so funny, and the limitations of his set (a folding chair and a bucket of water are among the few props) is what makes the accuracy of the reenactment so impressive. You might find yourself asking, "How is this show managing to be satire and homage all at once?" But by the time Kinnan’s belting out My Heart Will Go On with water still dripping off his lashes, you’ll be too caught up in his virtuosity to care.