An unapologetic response to rising Islamophobia set in a car park 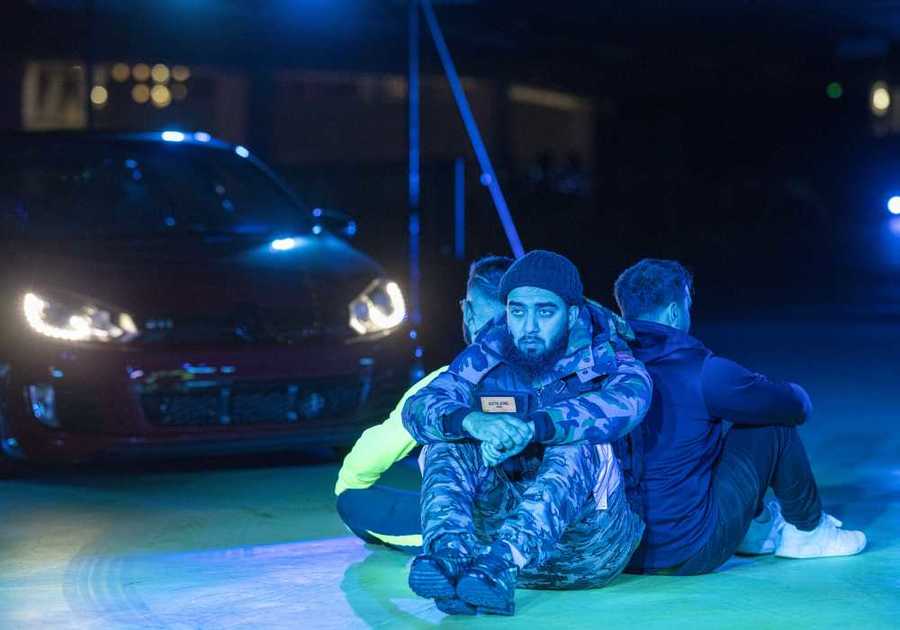 Site-specific theatre can often tread a fine line between being truly visionary and banal in its execution. When Peaceophobia was revealed to be taking place in the car park deep below the Omni Centre, there may have been the slight fear of it landing somewhere closer to the latter, where the unusual venue becomes the only draw. But in their creation of a show that is part-theatre and part-car rally, Common Wealth have unearthed something that goes far beyond gimmickry to delve into prevalent themes of otherness and racism in present-day UK.

Created in association with Speakers Corner and Bradford Modified Club, Zia Ahmed’s piece is striking from the get go, as the performers literally drive onto the stage in their cars, passionately discussing the rules of a car meet. On the other side, there is a semi-deconstructed 90's Vauxhall Nova, which the three men gradually reassemble throughout the performance.

Peaceophobia contains so many elements within an hour, from the cars and the pounding hip hop/electronic backdrop to the inclusion or rap, break dancing and even the azaan (the Islamic call to public prayer). But at no point does it feel superfluous; rather, we feel more closely connected and even angrier on behalf of the three young Muslim men as they recount tales of racism. Ultimately, apart from being visually impressive, this is an important piece of theatre that uncovers the very real dangers that the misunderstanding and mistrust of communities can foster.