The dark heart of the theatrical world 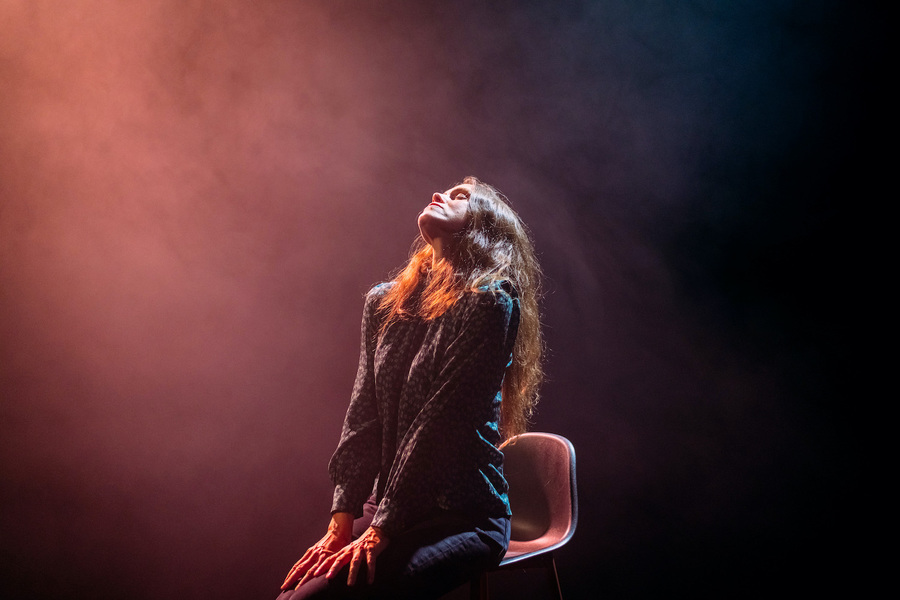 Matt Wilkinson’s Psychodrama is billed as a revenge tale but really its focus is the career death by a thousand humiliations of a talented thespian in her 40s who’s reached breaking point.

The show unravels as a fierce and funny monologue from Emily Bruni, who’s perched on a high stool on a black box stage with only a light dusting of dry ice for props. She explains that in her 20s, when she hardly ate, she was never off the telly. The work dried up in her 30s, however. A breakdown followed and now she works as a sales assistant in a pretentious boutique. But out of the blue, there’s a reprieve: the great theatrical ‘genius’ Peter Coevorden has requested she audition for his new stage adaptation of Psycho.

Bruni’s character, who remains unnamed, would be perfect for the play. After all, she’s no stranger to the reckless desperation of Marion Crane, played by Janet Leigh in the Hitchcock film, although her wild shifts in temperament, swivelling from meekly pliable to apoplectic in a heartbeat, suggest she knows a thing or two about Norman Bates too. Her subsequent close collaboration with Coevorden exposes the dark underbelly of the theatre world: the sexism, the starfucking, the double standards.

Run to this show for Bruni’s scorching performance, which fizzes with indignation and more than a hint of catharsis as the play takes a sledgehammer – and Bruni’s character a Stanley knife – to the deep injustices at the heart of show business.