An unapologetically political and powerful show 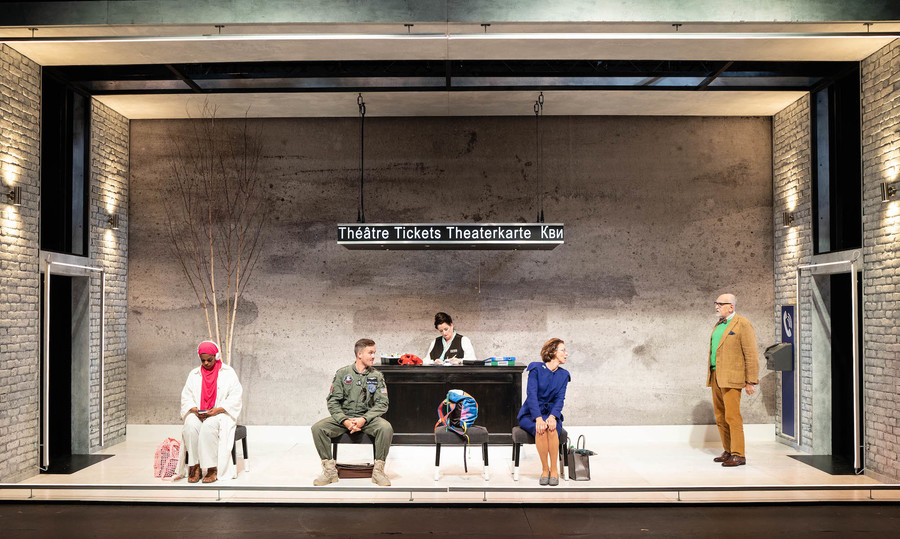 It's the final night of an extremely popular opera. Several people queue for returns, and they're all desperate for a ticket. While this sounds like a recogniseable premise, it's quickly made clear that Sonya Kelly's new play is not situated in real life. Instead, it's a scathing satire of colonialism, war, privatisation of public space and individualism, which gets more absurd and surprising by the minute.

The first sign that this show's world isn't quite right is that the opera in question is by Oppenheimer, who did not compose operas – he created the atomic bomb. There's also a tree growing through the floor in the theatre's concrete foyer, likely in homage to Beckett's Waiting for Godot. It's an appropriate nod giving the play's actions unfold whilst the characters wait, though here there is far more conflict. The use of the most British of institutions – queueing – as a framework creates absurdity and is a reminder of Britain's colonialist legacy. That the show is brought to Edinburgh by Irish company Druid also underscores its anti-imperialist message.

Most of the cast embody stereotypical characters, such as an aging professor (Bosco Hogan), a jobsworth box office clerk (Anna Healy) and a 'Karen from accounts' busybody (Fiona Bell). They are gradually nudged to their extremes, which effectively contrasts the mostly silent and mysterious Woman in Pink (Naima Swaleh) whose reveal gives the story some needed gravitas.

Kelly's script is smart and cutting, and the design is slick. It's an unapologetically political and powerful show.