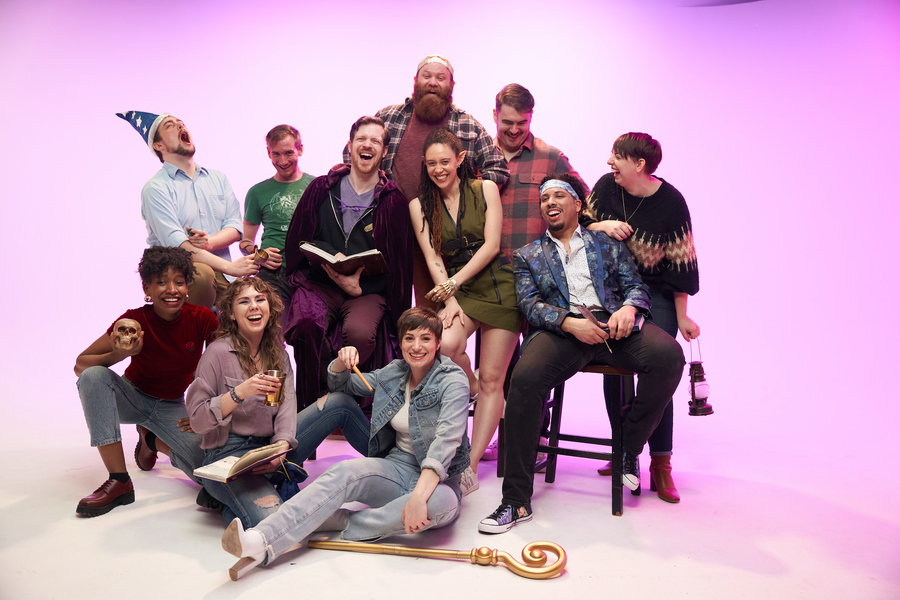 Dungeons and Dragons has always lent itself to theatricality, with its distinct storytelling flair, cast of wild and wacky characters, and unapologetic fantasy aesthetic. Twenty-Sided Tavern takes the concept of the beloved tabletop role playing game (never cited by name in the runtime for, the gamemaster informs the audience drily, copyright reasons) and turns it into the Fringe-iest of Fringe shows: an improv-style adventure replete with bad props, audience participation through their phones (it is Fringe 2022, after all) and comedy bits that should be grating, but end up disarmingly winning instead.

As an example of its genres (digitally adjacent theatre, improv comedy), Twenty-Sided Tavern doesn't push any boundaries, yet its simple, basic premise lets the easy chemistry of the cast stand out, resulting in a show that feels low stakes in the best possible way: infectiously charming, reliably funny people putting on a silly show. Its DIY sensibility (wigs hastily thrown on and off, accents that the cast rib each other about throughout) allows for a deadpan, self-referential kind of improv that lets the audience in on the joke – there’s a generosity at play here which refuses the gatekeeping that fantasy communities can tend towards. Tabletop role playing games are, at their heart, about two things – chance and community. Twenty-Sided Tavern takes both, if nothing else, seriously: what else is there to do but laugh at the fickle hand of fate together.