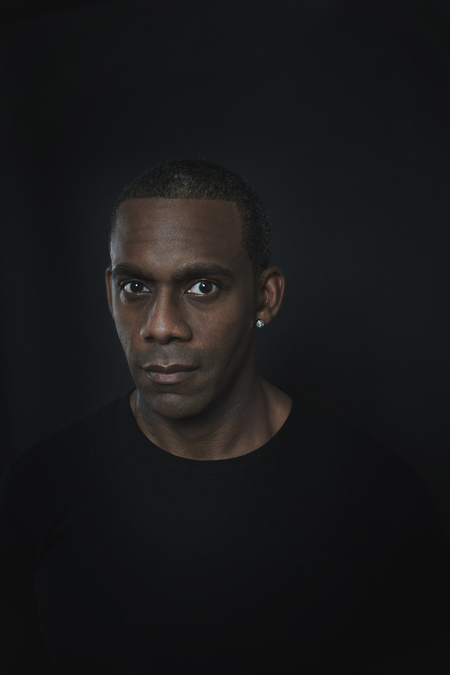 There are several points watching Ryan Calais Cameron’s new play where you feel the urge to stand up and right the wrongs of what’s happening on the stage. There can be no better compliment. Typical is transformative piece of theatre, one that opens up a difficult dialogue and then asks the viewer a question: What are you going to do?

Based on a true story, Typical stars Richard Blackwood as Christopher Alder, a black British man of Nigerian descent who died at the hands of the police in his hometown, Kingston-upon-Hull, back in 1998. Blackwood is best known as a comic actor and, originally, a standup comedian, a skillset he utilises to full effect, bringing us into Christopher’s life and portraying him as another man with "typical" concerns. He wants to find work, to be a good father to his children, to meet people and enjoy life. The frequent deployment of the show’s title throughout the hour is significant. Innocuous at first, it becomes symptomatic of just how many elements can and will conspire against him. His concerns and desires are irrelevant, his portrayal as a novelty, a nuisance and a danger is out of his control. The seemingly minor things all add up.

Cameron’s script is complex and highly poetic, the metre and rhythm shifting subtly throughout in parallel with the unravelling of Alder’s tragic story. Blackwood accomplishes both the emotional heavy lifting and the mental gymnastics with aplomb.

There’s a telling remark that comes when Blackwood’s Alder, a former Paratrooper, recalls his service: "No greater honour," he says, "than fighting for this country." He was betrayed not only by his fellow man but by British institutions, the police and the justice system. Typical is harrowing but vital, a timely reminder of the evils that will happen in our communities if we permit them.