The self-confessed “good one” from the legendary comedy group The Chaser, Andrew Hansen talks about going solo 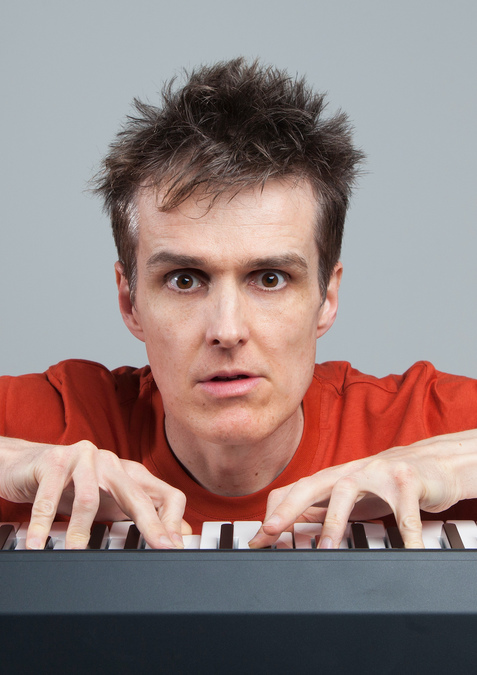 Known for his outrageous hair and stunts, Andrew Hansen is breaking away from The Chaser to ‘give the people what they want’. "I’m the only member of the team with any talent so I’m going to utilise it," he says. "In this show you get to see the good one."

The original Chaser crew was a group of white men who met at school and university – not exactly the epitome of diversity. "It’s quite weird looking at the old Chaser show because it’s very strange to see an all-male show," he says. "But at that time it wasn’t weird because there were so many all-male comedy groups."

Is it more natural for men to get into comedy? "I think it’s because [comedy groups] are so often formed with friends mucking around together." He adds: "It’s a very guy thing to get with your guy friends and amuse each other... The idea of a network hiring an all-male group is crazy and it should have struck us and I’m embarrassed to look back on it now, but it never hit us at the time," he says. "That’s why the last few Chaser iterations have much bigger casts, which were properly diverse.

"I’m afraid to say that in my new solo show, I am the only cast member, and as always, the role went to a straight white male."

So what can we expect from his first solo endeavour? "There will be a bunch of new songs of course and new sketches – I’ve always done all the characters," he says. "But it’s also going to be a trip down memory lane. Can I call [the songs] classics? Golden oldies?"

It’s a timely theme – going solo. "The ultimate solo career is Earth, and its solo career isn’t doing too well," he says. "I’ve done some digging to find positive facts about our future and put those into the show. We are doing stuff and we do have a future even if we are going alone.

"It’s a show about people who strike out on their own like Harry and Meghan for instance. People talk about traditional jobs going out in the gig economy and now even princes and princesses need to go freelance."