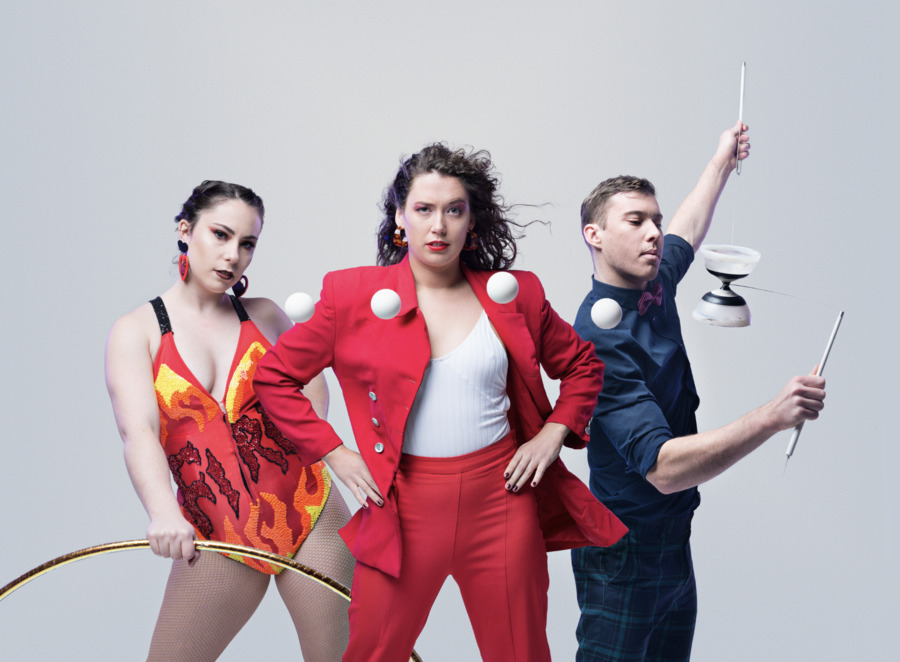 Produced and directed by sibling power-duo Anna and Joe Fisher, PHAT CAB CLUB has already picked up a number of awards in its short period of existence, including Best Circus at Perth Fringe World in 2019.

So what sets these young guns apart?

"We have such a focus of quality and attention to detail," Joe Fisher says. "We’ve also created a general atmosphere of pop culture and hip hop, using tracks that most shows wouldn’t even think to use."

Fisher and his crew are unashamedly using the music that they enjoy and want to hear, which entices a new age of circus audience members. "In circus, hip hop is kind of overlooked and not seen as a legitimate choice," he says. "Circus often has this family focus or an aim on general entertainment, but it’s so interesting when you take hip hop and apply that to something different."

The MotherFishers, as Anna and Joe are known, have also worked to find the top performers in each discipline, so their standards are high. "All of us are really invested in the circus art form and using our skills and knowledge to create a show which is as purely entertaining as possible... Each of our performers is the best in the country in their discipline."

Fisher himself is an Australia’s Got Talent semi-finalist and works with Odette Robbins and Jordan Twartz in the show to push modern juggling to its limits. Recent National Institute for Circus Arts graduate Emily Chilvers is a top aerialist. "She has such a unique style," says Fisher. "She’s defined herself with her picturesque movements and her hand work."

And rather than allowing the audience to feel highs and lows, the show has been created to get the energy up and keep it there. "We’ve worked to create a show which is both defining and integrating for each performer," says Fisher. "There are a lot of duo and trio scenes amongst the solo acts which keeps the energy up the entire show."

Their ferocity on stage, paired with an energetic soundtrack and their obvious ambition, makes for an inspirational work. "Younger people can appreciate our hard work," Fisher says. "We hope that we can inspire younger audiences and give the message that if there’s something you enjoy and there’s a vacuum for it, with hard work and a bit of luck you can fill that space."