Before cabaret and burlesque, before theatre, music and even visual design, there was just a single art: storytelling, and Tom Millen thinks he can improve it 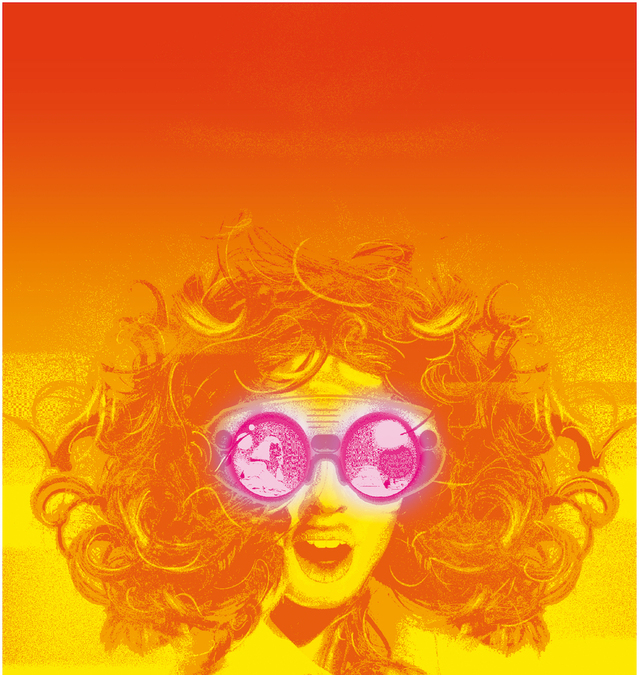 The narratives that we construct help to define who we are as humans. They’re at the heart of how we perceive ourselves and communicate with each other, and some of the tools we use have been around for tens of thousands of years. Yet they’re still evolving, and Tom Millen believes that virtual reality (VR) has the potential make our histories even more powerful.

“Developments in technology have given us new ways to tell stories,” he says, “but also to share them.” As the director of Crossover Labs, Millen produces immersive experiences and films as well as curating works for international festivals. And this Fringe, he’s bringing a new event to Adelaide. Electric Dreams is a five day “celebration of immersive storytelling” that includes a conference and a range of virtual reality experiences.

The conference runs for three days and looks at “how storytelling and entertainment can benefit from using immersive technology in interesting ways.” As one of the biggest forums for storytelling and entertainment in the world, Millen sees the Adelaide Fringe as a natural venue for the conference. Alongside this, there’s a public program of VR works so that audiences can see some of the ways that artists are using the medium.

As an example of ways that technology is changing storytelling, Millen cites The Imaginarium, a production company started by Andy Serkis that specialises in motion capture technology. In the past, The Imaginarium has created a live digital character for the stage, but CEO Matthew Brown will speak at the conference about what the future holds. Mixed reality (MR) is a hybrid of the real world and virtual reality (augmented reality is one form), and he is looking at porting theatre performances into MR so they can be staged anywhere, at any scale.

Early adopters of film technology simply used it to transfer stage performances onto a screen, but within a matter of years an entirely new syntax of storytelling has evolved. Mixed reality may not be there yet, but virtual reality is on the cusp of making that leap.

Electric Dreams includes six VR events, and Millen describes Gloomy Eyes and Fire Escape as “two of the world's best immersive experiences.” The former is “a beautifully crafted VR animation in the vein of films like Nightmare Before Christmas and The Box Trolls” in which the viewer is allowed to observe a lonely zombie from afar or from the middle of the action. Fire Escape, meanwhile, places the audience on a fire escape for an interactive murder mystery inspired by the classic Hitchcock thriller Rear Window. But rather than seeing the action play out through the eyes of the protagonist, the viewer has to decide where to focus their attention as several stories play out simultaneously.

Traditional media allows the viewer to be passive if they so wish, but these new modes force the audience to make decisions about what they are experiencing. This engagement lies at the heart of immersive storytelling, which Millen defines as works that “transport you to the world of the story.”

As well as these signature experiences, Electric Dreams’ VR cinema will also have a rolling program of four themed sessions, each containing multiple works. The Art of Sport includes an Adelaide production, The Summation of Force, that Millen calls “one of my favourite VR films ever.” The work is based on a collection of photographs that made up a standalone exhibition and Millen points out that “the presence of VR in the arts has been growing massively in recent years.” Gaming is another area taking advantage of the medium, but interestingly Millen sees theatremakers as some of those making best use of the VR’s potential because “they are used to thinking in terms of spatial storytelling.”

He also sees real world applications as a training tool for healthcare professionals and a visualisation aid for engineers and architects. Immersive technology allows us to see reality in new ways, and to create things and places that can’t exist in our world. Several other festival season shows utilise both capabilities. VR Comedy transports audiences to the Bendigo Comedy Festival without the need for comics to travel, and the Adelaide Festival show Eight uses mixed reality, opera and pop to create an imaginary world where a woman’s life story is told in reverse.

Ironically, though the performances are only for a single person, they have to be experienced in a public space. The producers of each show are responsible for the headsets and associated hardware, which are still too expensive for casual home use. This intersection of personal and public echoes the video arcades of the 1980s, and that’s just the way Millen wants it. “I think that a curated and well run experience is much more appealing to audience," he says. “For the time being at least.”