We had some ice cream with Ash Palmer Gaiman (aged four) and saw Petit Circus, Brass Monkeys and rode the Ferris wheel in the Garden. 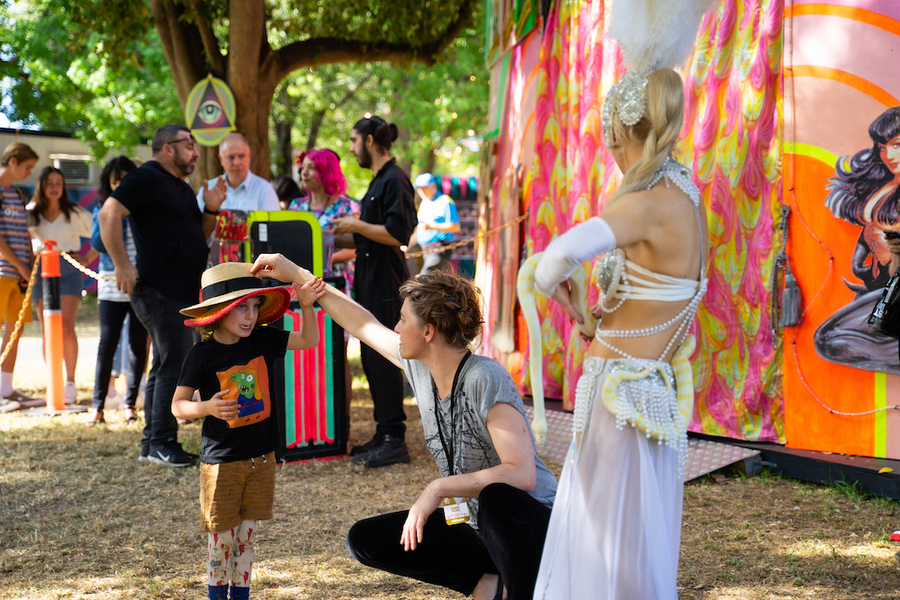 Interviewed on the Ferris wheel in The Garden of Unearthly Delights

Ash: Yes! What were those three people doing?

Did you like the man playing the ukulele after he realised he didn’t have his violin?

But his violin got eaten by the dwarves! (A very creative interpretation - this does not happen in the show - Ed.)

What about when he played the ukulele upside down?

What was your favourite part of the show?

Would you tell your friends about the show?

Uh-huh! What was she?

(entranced by the wheel) We’re doing it so many times!

If you told someone about the show what would you say?

(still fixated on the wheel) We’ve already been this way!

Would you say it was a good circus show?

Where are we going to?

We’re going around and around!

But where are we going to? I wanna see what’s at the top of the sky.

Anything else you want to say about the show?

Did you have fun? 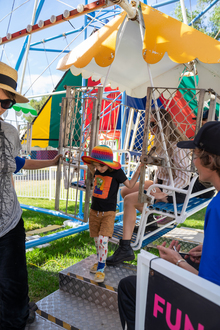 Five stars for the Ferris wheel? 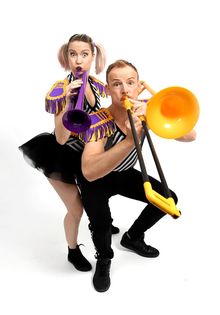 Interviewed outside The Factory in The Garden of Unearthly Delights

Ash: I wanna get some jelly candy.

(singing his own tune, a bit like a trumpet)

Did you like lying down on the floor during the show? (Sugar crash - Ed.)

What was under the seats when you were looking?

It was dark and creepy! What was in the deep part?

Was it the mojo?

Amanda Palmer's run in Adelaide has concluded, but her tour continues in Australia and New Zealand - see amandapalmer.net for details