Edinburgh's canine journalist chats to the comedian about his two dogs, Lexie and Bear 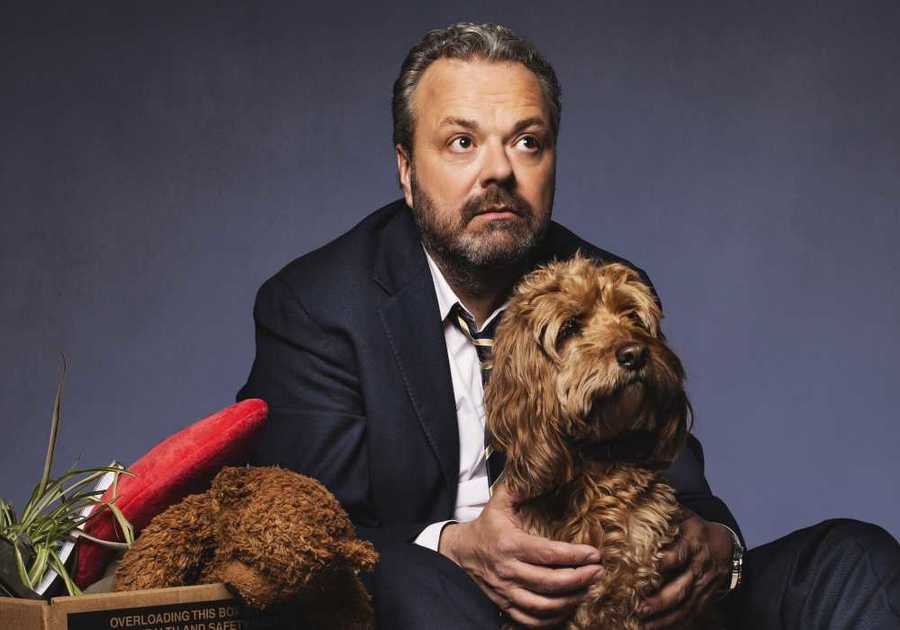 hallo mr hal !!! i hear you bringin' brilliant show to edimbrugh chartin' big life changes , so for my first question , do you have a dog ???

how would your dog describe your show ???

My older dog, Lexie, would describe my show as a hilarious insight into middle-aged divorce. A pithy take on a growing crisis in our society. My younger dog, Bear, would think it was crap.

they say a dog is a "mans" best friend but how do your dogs feel about you ?!?

Lexie adores me on an altogether deeper level than most human/dog relationships. She understands my moods and eccentricities. Bear doesn’t like me.

you're known for bein' one of the busiest comedians in the uk , runnin' around from gig to gig , good gig or bad gig when you get home how does your dog support you ??!

Lexie asks for a full rundown of how my gig (or gigs) have gone that evening. She revels in the details of how audiences can be so different even in the same city and how a comedian has to adjust to the mood of the crowd. Bear will roll over in his bed and fart.

20 years ago you were nominated for best newcomer , what advice would you give to the new pups doin' their first full edimbrugh show this year ?!?

what shows are you and your dog most lookin' forward to this year ??!

Lexie has been going through the Edinburgh brochure and picking her favourites. She’s a massive Mark Watson fan. I gave Bear a brochure and he ate it.

what is your favourite edimbrugh smell ??? i like the bin outside lidl on nicholson street

The bin outside Lidl on Nicolson Street! Oh my god, that’s mine too! See you there!

if you were a breed of dog what breed would you be and why ?!?

I’d like to be a Staffie because, in my experience, they’re dogs that people are initially scared of but turn out to have a lovely temper. In fact, I’m probably more suited to being a Chihuahua. They look pathetic but can be really unpleasant. That just about sums me up.

what qualities in your dog do you most admire ???

I admire Lexie’s loyalty and affection. I admire Bear’s inability to feel any shame. He’s like Trump.