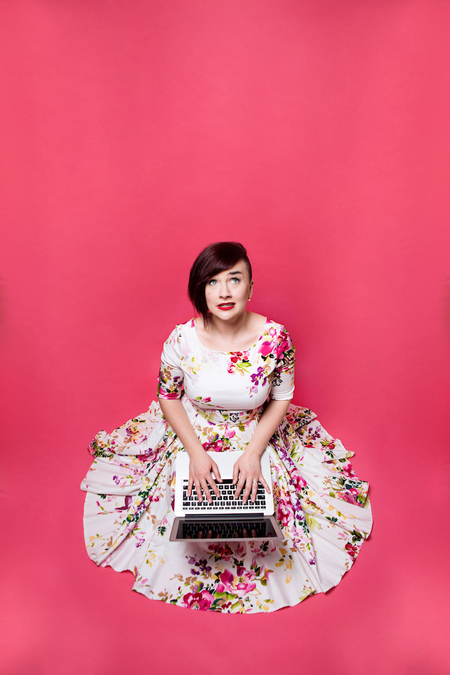 Laura Lexx should be in a bigger room than this. She’s been around for a while – she was part of The Pleasance’s productive AAA Late line-up back in 2013 – but, after a successful festival last year with an hour of sweetly sad standup about her inability to conceive, she’s consistently selling-out Gilded Balloon Teviot’s tiny Turret space with her new show Knee Jerk, and seems to be belatedly earning the accolades she deserves.

Her strength is her ability to discuss difficult, depressing subjects with a rare lightness of touch. She practically bounces around the stage with nervous energy, her face constantly lit up with a cheeky grin. She freely admits that she can only just keep a lid on her mental health issues. “But it’s a shit lid, like a coaster over a pint glass,” she laughs.

In Knee Jerk, she takes on the stuff we’re all worried about: politics (she wittily skirts the B-word, replacing it with “Leeds United” instead), climate change, and robots taking all of our jobs. She tackles each with a refreshing lack of invective, though it’s not difficult to work out where her sympathies lie. “It’s 1939 and the Germans are coming over the hill,” she regularly repeats. “And we’re sat here playing tiddlywinks.”

She’s got the bite to back up her bark, though. Her closing bit, about transphobia in sport, is an increasingly irate, and utterly inspired analysis of netball. It’s classic Lexx: heavy stuff, dealt with lightly.