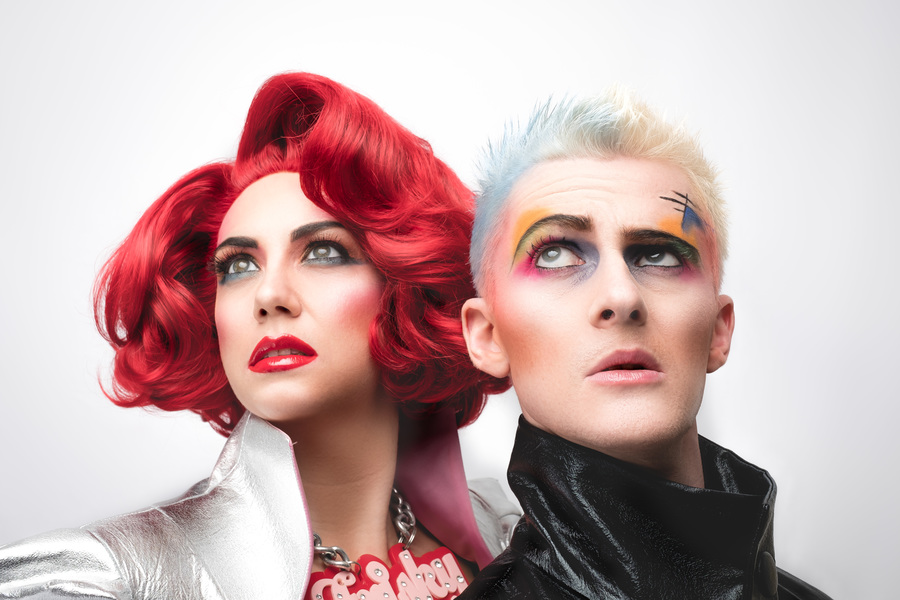 It’s been 10 years since comedy music duo Frisky & Mannish burst onto the Fringe, and seven since their last new show. This year’s festival sees Laura Corcoran and Matthew Floyd Jones—certifiable Fringe royalty—return with PopLab, another hour of silliness with songs. It’s a show of two halves – the first is great, the second is not.

The pair are now scientists in a laboratory, where they perform experiments with test tubes full of musicians and genres – a framework that allows them to creatively cross-pollinate tunes. Bob Dylan and Adele become Bob Adelan. Cher and Aerosmith become Cherosmith. “And I don’t want the world to see me,” sing the Pussy Cat Goo Goo Dolls. “Don’t Cha?”

The showstopper comes early. Frisky & Mannish have detected an outbreak of Tropical House Virus, and they lay the blame squarely at Ed Sheeran’s door. It’s incurable, unfortunately, and they hilariously test song after song against the trite xylophone riff from 'Shape Of You' to prove it. Even the entirety of Les Mis is infected.

If the first half is borderline brilliant, though, the second is distinctly stale. An attempt to rework Rick Astley into different musical styles suggested by the audience fails to work three times out of three – 'Never Gonna Give You Up' can’t be crammed into Motown, apparently. The duo are as deft as ever, but when they start rolling out old material (the 'Stalker Medley' of love songs is almost as old as they are), you can tell they’ve run out of ideas.