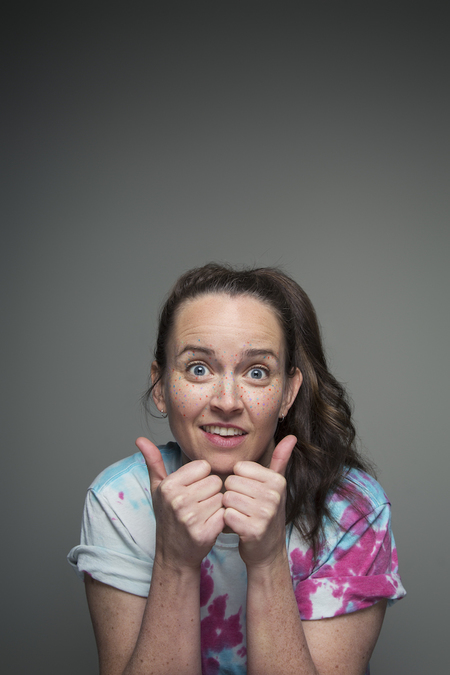 Indeed, the autocratic Aussie will crash her show if she doesn't feel it's going the way she wants, never mind the audience shifting uneasily in their seats. Resetting with some shlocky observational material on pizza, and rumblings on the Louis C.K. masturbation scandal, she yet acknowledges the disadvantages cis white men are prey to and gleefully punches down. Rebuking the crowd for their inability to recall their existing relationship with her, internally and egotistically she's consolidated them into a single mass with her other audiences. Sharing a considerable number of gripes, she's none-too-concerned with appearing likeable and burns through a lot of goodwill.

It's risky gambit, as Coombs Marr's actual strategy becomes clearer in an increasingly chaotic finale. The postmodernism satisfies on a theatrical level but at the obvious expense of entertainment value, as Bossy Bottom features several longueurs and flirts with anti-comedy in every sense. Mischievous and unquestionably ambitious, it feels like a transitional phase as she tries to find a way to enjoy standup again. And it'll no doubt deter the uninitiated and possibly even some of her established fanbase.