An EIF highlight from the Garsington Opera and Philharmonia Orchestra 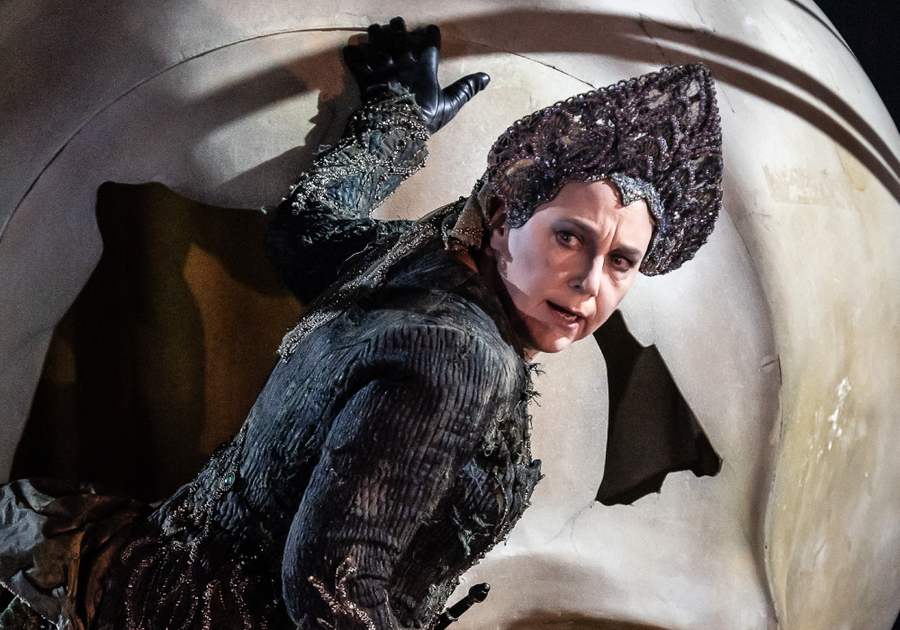 There's a moment, the start of Act Three, which feels sumptuously, thoughtfully emblemactic of this production of Dvořák's Rusalka, by Garsington Opera and the Philharmonia Orchestra. The curtain rises on the titular Rusalka (played so affectingly by Natalya Romaniw), entwined in ropes like a circus aerialist, suspended between the shiny, false world of humans, and the green-washed, suffocating world of the water goblin. She's the only character in the opera to cross this boundary, and she pays for it. But, Christ, is it a beautiful journey – one made in this production across a vast disc suspended over a real pond which, with brilliant inventiveness, moves to sometimes reveal, sometimes trap and crush the inhabitants of each world. Almost imperceptibly, the strings of the Philharmonia Orchestra shape the shimmering semiquavers that open the act. I've rarely heard a string sound as tight and focussed – an effect that conductor Douglas Boyd maintains flawlessly for three and a half hours.

There's a slightly frustrating mismatch between the synopsis in the programme, which describes Rusalka as having been "redeemed" by her unwavering love for the feckless Prince, and a production that is more comfortably ambiguous. The courtly ballet scene is a highlight: finnicky, dishonest, exaggerated choreography which is, undeniably, gorgeous. There's hints towards sexual violence and, recurring cries of "Pietà!" ("woe") from Vodník, the water goblin. This is a particularly memorable performance from Musa Ngqungwana which he plays at times as an avuncular grump, at others, a devastated father, his voice cracking with sorrow. "You will come back worn out by life," he tells Rusalka as she crosses over from water to land. And so she is, tragically and beautifully in a production which manages to bring elements of circus into a stylish, integrated whole. Not even a stray water bottle rolling across the stage, really, breaks the trance.